Welcome to our blogosphere On Tuesday April 5th our school was honoured with Marc Prensky’s visit and students, teachers and parents had a chance to share ideas. If you would like to know more about his visit, please read this post in the blog created by our Grade 9 students SEK Qatar News.

Leading up to our 2015-2016 International Day, students from Preschool 3 to Grade 5 had the opportunity to explore new countries and their costumes, games, music and cultures. MYP showcased their instrumental skills as well as honed their performance skill in introducing the PYP acts. Students celebrated with parents and peers through song, dance and presentations.

And you can see below some photographs from the event.

As a token of appreciation for our students’ performance in the Volkswagen Junior Masters Middle East 2016, the school presented the students with a medal of participation. This gesture was to celebrate both their successful performance in the tournament and their attitudes during the competition. If you would like more information about our students’ journey please check these posts 24th March about Dubai final competition and 21th February regarding first phase in Qatar, in our Physical Education Blog. Also you can check this article in the Gulf Times news and Volkswagen tournament site.

We would also like thank the parents for their support during the competition, and continued support of our athletics program.

We are all responsible and caring in our community. Our aim is to serve the community through our actions.

Actions speak louder than words. Our action of giving serves in the education of children.

The students did an excellent job presenting their LEGO models which they created in their Robotics Club. The task was to create a LEGO model which demonstrated what happened to a team-chosen piece of trash, after they were finished with it.

The children needed to – Learn About it – Build it – Share It.

Well done to Lego Robots Team who won an award for ‘Inquiring Minds’!

It was a fantastic learning experience which all children thoroughly enjoyed 🙂

Congratulations to all the students who represented SEK Qatar in the FLL (First LEGO League) competition on February 26th and 27th. The team called “Fire Legos” was composed of 6th, 7th and 8th grade boys and girls.

Destination Imagination is an international competition which challenges students to think critically and creatively, and work collaborativly way, to solve specific challenges.

This year SEK Qatar had two teams compete in the competition – Creative Pros and T.O.T.S (Think Outside The Box). Both teams competed in the Fine Arts Challenge, whereby they had to create a mystery story in a time period set before 1990, which had three potential suspects.

An especially difficult aspect of the challenge was that even the participants themselves did not know who the culprit was until at least halfway through their performance!

The students  created every part of the performance independently, without the help of adults. The children created their costumes, the backdrops, the props, wrote the script, organised the music and solved the challenge entirely independently.

Congratulations to all students involved, it was a fantastic learning experience 🙂

Some of SEK International School students have participated in memorizing the Quran Competition and they have received honorable results. The responsible committee of this competition gives an appreciation certificate to the school and the administration as an expression of gratitude for demonstrating the interest in Islamic Education in the school.

The name of the students who received certificates are as follows:

During this year’s celebration for Qatar National Day, we enjoyed performances that reflected our explorations of Qatari and Arab culture. The students had the opportunity to share their learning and own creations with the whole school community.

The students participated in a full day of activities which culminated in a wonderful performance in front of a pact audience.

Our school is joining in on the largest learning event in history: The Hour of Code, during Computer Science Education Week (Dec. 7-13). More than 100 million students worldwide have already tried an Hour of Code.

If you want to work on it with your children, feel free to try some of the tutorials. 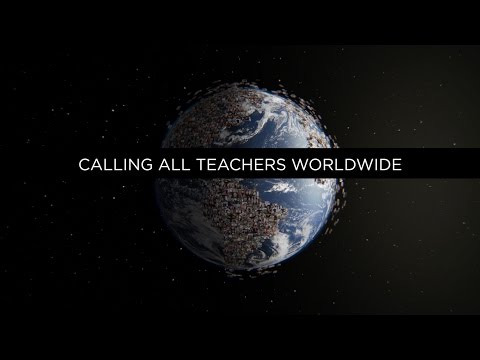 Find here some pictures of our students during different sessions running The Hour of Code.

This website uses cookies to improve your experience while you navigate through the website. Out of these, the cookies that are categorized as necessary are stored on your browser as they are essential for the working of basic functionalities of the website. We also use third-party cookies that help us analyze and understand how you use this website. These cookies will be stored in your browser only with your consent. You also have the option to opt-out of these cookies. But opting out of some of these cookies may affect your browsing experience.
Necessary Always Enabled

Any cookies that may not be particularly necessary for the website to function and is used specifically to collect user personal data via analytics, ads, other embedded contents are termed as non-necessary cookies. It is mandatory to procure user consent prior to running these cookies on your website.